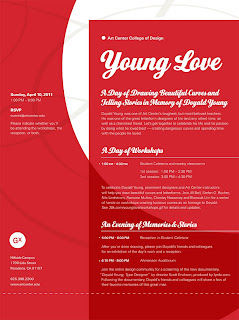 RSVP to Young Love here.
Please indicate whether you'll be attending the workshops, the reception, or both.

Student cafeteria and nearby classrooms

After you’re done drawing, please join Doyald’s friends and colleagues for an exhibition of the day’s work and a reception. 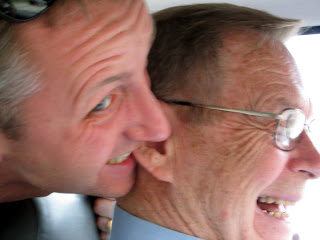 My very first encounter with Doyald was on the back seat of his Lexus. No, he didn’t sit next to me – he sat in front of me.
He was driving Petrula and me to the first Y-Conference in San Diego I ever spoke at.

Fresh off the boat from Berlin I had no concept that the grossmeister of curves was chauffeuring us down I-5.
To me, he was just a gentleman of impeccable manners and a wicked sense of humor – which prompted me to bite his ear in an attempt to make him drive faster. He took it with nonchalance. Without increasing his cruising speed. We arrived, he presented on stage, blew me and everyone else away – and when I became Graphic Design chair a year later Doyald was the first teacher I (re-)hired.

“You must be modern and stay antique” this profound quote from Astérix le Gaulois perfectly applied to Doyald,
his impeccable style and craftsmanship never prevented him from taking risks and trying new things: he did not even flinch
when I suggested to experiment in his class with a mash-up of calligraphy and automotive tape drawing techniques.

Again, with the nonchalance of a true master did he assign beautiful names of classic automobile marques to my classmates and me,
which soon after adorned the hallways of Art Center in the shape of most elegant tape drawings.

Of the many things I have learned from Doyald over the years, it is the idea of balancing the old and new, slow and fast,
serious and silly that makes true stature. 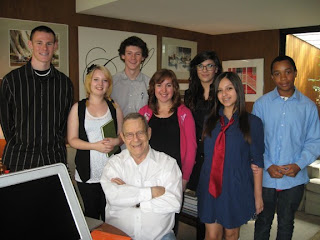 I remember the day I met Doyald, because it was the day that my life as a teacher changed forever. I was asked by my friend and mentor, Greg Berryman of CSU, Chico, to attend the Quintessence Conference at Art Center in 2000, a conference for college design instructors. Greg had hoped I would learn a few things that might help me to improve my curriculum. I was both excited and apprehensive — as a high school design teacher, I was not part of the college design crowd and felt out of place. Still, it was a wonderful opportunity. and one presenter stood out… Doyald Young. Doyald spoke about typography with a passion I shared and a humor I appreciated. At the time, he was promoting his then-new book Fonts & Logos, which was being sold in the lobby during the break. I knew I had to have that book, and soon possessed what I would later come to refer to with my students as the 'Typographic Bible'. I went back into the empty auditorium, sat down and began reading intently. Caught up in my study of this arcane lore, I didn’t hear Doyald’s footsteps approaching until I heard a voice above me, asking if I was enjoying his book. Looking up and realizing I was speaking with the author, I complimented him and told him that I would be using it in my curriculum. When I informed Doyald that I taught design and typography at a high school, he was intrigued, and a ten year “conversation” began. Doyald would become my greatest mentor and a dear friend. Over the years, we shared meals and many talks about design education, and he even hosted visits with my students in his home. There are many young designers who mourn the loss of Doyald, recalling eating danishes, drinking tea, and learning about type, craft, and his very unique personal philosophy on life, all while sitting at his dining room table. Not many 18 year olds get to say they met a legend, but my students did. He touched many souls, encouraging me to become a better teacher, and inspiring many of my students in a way that would prove evident in their work for years to come. I will miss him, but his knowledge lives on in the fourteen well-read copies of his books that reside in my classroom library. Assuredly, future generations of young designers-to-be will learn about typography from this great master, because I will teach them what he taught me.

As an Art Center alum and instructor I grew to know “of” to personally knowing Doyald over the past ten years.

There will be so many amazingly wonderful thoughts, memories and teachings that he has left us all with, but as a fellow Texan I thought I would share some of “our” stories.

He and I found a common bond of growing up in the countryside of Texas, to his incredible stories of leaving home to be a wild cat in the southeast oil fields. He had this true gentleman spirit that he exuded in everything he said and touched, but I also think of the experiences that shaped him. He told of those wild days in New Orleans, working at a less than desirable hotel in the Quarter. I remember one night at dinner, he shocked the entire table by professing his love of the typeface Hobo.

A mixture of ruckus laughter as well as gasps of horror filled the air. He was THE master in his craft, yet able to see the beauty of the ugly. I was speaking to a close friend on this day of Doyald’s passing. I was trying to explain the gravity of this loss to our community. There are not words that can be expressed to the “eye” we have seen fade. He gave the gift of loving language and letterforms to generations of designers, we all have his teachings within in us at some level. There is a simply a void where he stood that will never be replaced.

Posted by Art Center Student Government at 6:18 AM No comments:

A Man of Letters—and of Loves 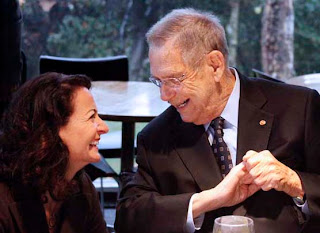 To know Doyald was to be his student. His life was rich with experience, understanding and deeply felt emotions. A relationship with him meant an education in taste and over the years of our friendship he lovingly showed me his world.

Whether he talked about script fonts, teaching, movies, music, recipes, relationships, history, or literature, he articulated complex thoughts with the clarity and ease of one of his curves. What a man he was. A gentle man. Even in his last months, when he struggled to walk 20 feet without a rest, he’d still come around to open my car door for me. These small things represent so much about how Doyald navigated his life with passion, dedication, deep meaning and respect.

Doyald was a true man of letters—and of loves. But if you really knew him, he gave you the gift of his razor sharp wit. That’s when I really started learning. He could slice right though hubris and cut it into a dozen perfectly spaced pieces with ruthless riposte.

I had the honor of knowing Doyald as a close friend. The cadence of his voice will resonate in my heart for many years to come. His made an indelible mark on my life and I was truly blessed to know him.

Posted by Art Center Student Government at 6:10 AM No comments: 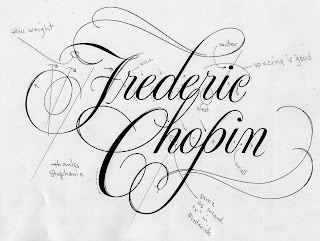 I was very lucky to be able to take Doyald's Got Curves during a summer term when only five students enrolled in the class. Because it was such a small group, it felt like a five hour session of Doyald campfire stories as he shared his life learnings, mistakes, opinions on pop culture, and advice for our futures in addition to instilling valuable typography skills. One weekend he invited myself and a fellow student to the mid-century modern time capsule he called home, a brief afternoon with him and his cats that I will cherish forever. He was a teacher who not only opened his mind to his students, but also his home and heart. 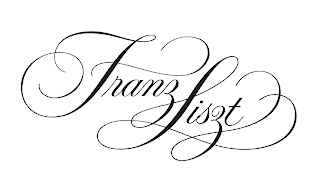 Besides the usual things that people say when they speak about Doyald (that he was a gentleman and he had extremely sharp eyes for details), one thing that impressed me a lot is his depth of knowledge and his great memory. Every class session I always learned about something new besides typography, be it vocabulary, a film director, or a little piece of history. Doyald always used his gentle and trustworthy tone when imparting knowledge, making his classes relaxing yet informative. I miss Doyald and I wish I still had the chance to hear more about his stories!

Click here to watch the full documentary at lynda.com